I recently became a Sony Ambassador Recruit, along with 10 other people. Four weeks of testing the new Xperia Z. Last week I tested if it's really waterproof, and this week I'm testing it's speed. 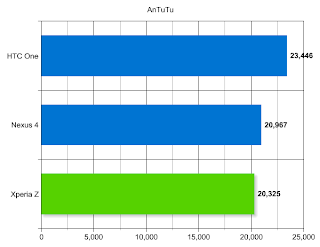 So, the first thing that came to mind was to run some benchmarks. Though, since this is the only phone I have I looked around for the most interesting benchmarks, and put some here. So thanks to ZDNet for the numbers!

Although they did a lot more tests, I think this says it all. The Xperia Z is all the way up there with the best phones on the market right one. Even though it's not the fastest, it's the only one that can do these speeds under water. 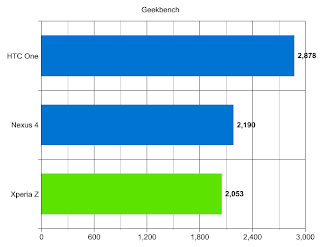 I also ran a few test myself and they came out a little lower than what ZDNet got. So perhaps I've got too much stuff installed or too many widgets running. Still, very impressive. 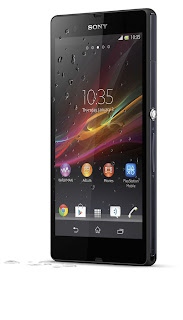 Next I've been trying out several apps. To put it shortly, it handles everything out there. I've been playing some slightly boring but visually stunning games, such as CSR Racing and Real Racing 3. Both ran really good. I also tested more interesting games, SuperHexagon, Splice, Solar 2, and they also run very smooth.
After that I tried some video editing, with the build-in Movie Studio app, and that too worked perfectly. Adding video's was very fast, searching felt snappy and adding effect was instant.
Lastly I did a little test of my own using Unity 3. I spawned a whole bunch of physics cubes to see how much I could spawn. My gaming pc could do about 1300 at 30 frames per second. The phone almost 500. To test the GPU I did the same test, but now with lighting. My computer did 1200, while the phone did only 220. So CPU-heavy applications will run better than GPU-heavy ones. Impressive stuff for a phone!

I've been using the phone now for almost two weeks and I have to say it's been great. It just feels very smooth and looks really good. Sony added their own skin over Android and usually that means it runs worse, but not in this case. The 1.5GHz quad core CPU can handle it with ease.
I don't play much games on my phone, so perhaps I don't put the full power of this machine to use, but I never experienced any slowdowns whatsoever.

I love this machine! It's fast, looks gorgeous and just works really well. This of course is what you would expect from a €650 flagship phone. Although there are faster phones out there, I think this is the best looking one, with the HTC One as a close second. The Xperia Z has some really awesome features none of the other have though. I still can't believe it's waterproof, that's so f... awesome!
Labels: Ambassador, Android, Benchmarks, Sony, Testing, Xperia, Xperia Z

I'm Pablo and I just finished a game-development study with an internship at Vanguard Games.

I love Unity and play around with it a lot. I'm not very good at finishing my games, but I have a of fun not-finishing them!